How Long Does Pre-Workout Last?

It's every fitness enthusiast's worst nightmare; chugging their pre-workout at home, getting in the car, then being stuck in unexpected traffic. They can feel the pre-workout starting to kick in. The sun hits their face just right, so it feels like itching and tingling sensation from their forehead to their chin. And all they can think about is, how long does pre-workout last?

Pre-workout lasts up to approximately 6 hours, but its effect peaks between 1-2 hours after ingestion depending on the ingredients. You’re best to take pre-workout an hour before working out.

Pre-workout supplements are multi-ingredient blends designed to enhance athletic performance, whether in the gym or on the track. Pre-workouts can be designed to increase strength, endurance, pumps in the gym, or even all three.

Here is a list of active ingredients you can expect within a pre-workout supplement and what they do. 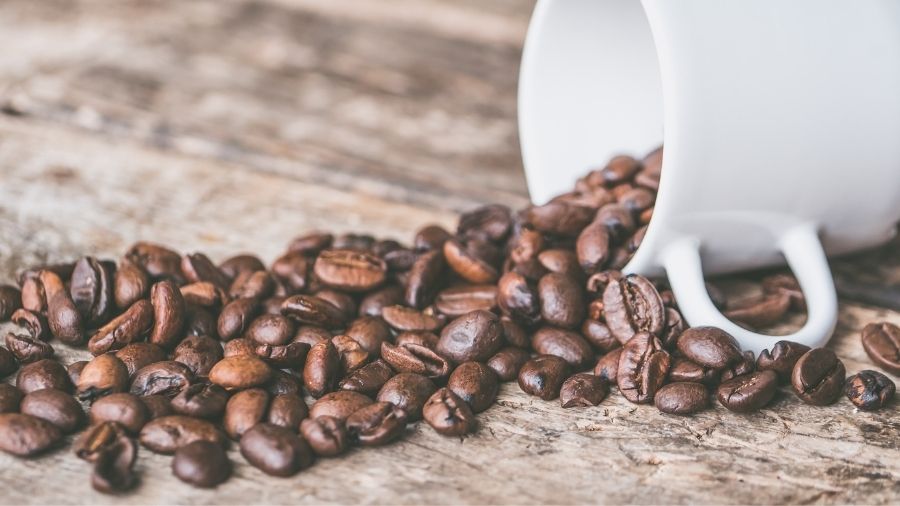 For example, two extensive reviews and meta-analysis found caffeine improves power and sprint performance by 6.5%, increased the number of reps performed in a set by 9.4%, improved endurance performance by 2.22%, and average power output during endurance activity by 2.9% [1,2].

There aren't many other supplements on the market that show strong evidence of performance improvements. Hence why it is a staple ingredient within a pre-workout. You’ll often find doses between 100-300 mg per serving. How much you need is dependent on your bodyweight and caffeine tolerance.

The current evidence suggests anywhere from 3-6 mg per kilogram of bodyweight is the sweet spot for the above performance improvements. That would be 210-420 mg for a 70 kg individual. It seems that it doesn’t matter whether you take 210 or 420 mg; both result in similar performance enhancements.

Further, suppose you are not a habitual caffeine user. In that case, you can take much less than 3-6 mg per kilogram of bodyweight and reap the benefits. Other ingredients such as taurine (more on this next) will also reduce the dose needed of caffeine.

Some pre-workouts will intentionally leave out caffeine known as “stim-free” pre-workouts. For those that train at night, these are often preferred as you get the benefits of the other active ingredients without staying “wired” into the night lying in bed with your eyes wide open.

Taurine is often added to “stim-free” pre-workouts to replace caffeine and traditional pre-workout supplements to work synergistically with caffeine. One study investigating energy drinks found that taurine doses between 71-3105 mg) reduced the need for higher doses of caffeine [3].

Subjects needed only 40-325 mg of caffeine, and the higher the dose of taurine led to more significant performance increases regardless of the caffeine dose. Look for pre-workouts that have taurine where possible.

Citrulline Malate has been shown to improve the number of reps to failure when lifting, reduce muscle soreness 24 and 48 hours after lifting, improve maximal grip strength, increase time to exhaustion during endurance exercise, and reduce the feelings of muscle fatigue [4,5,6]. 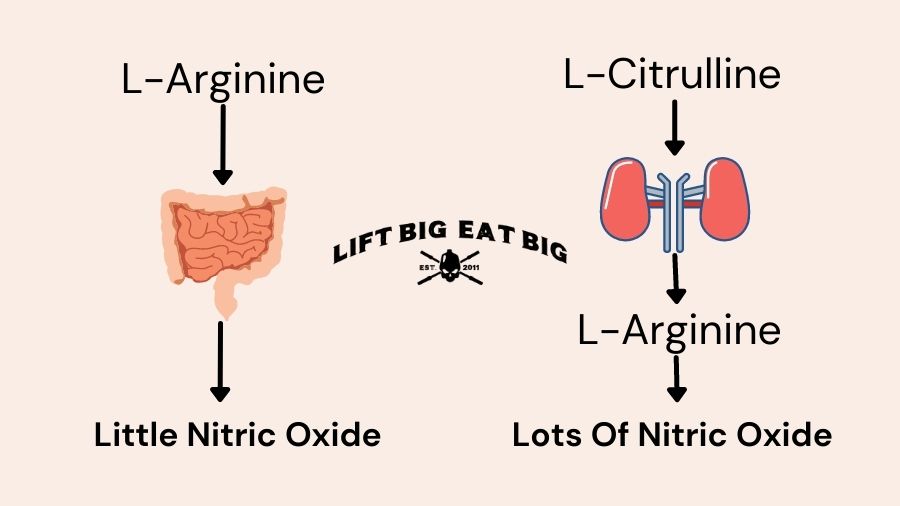 Most pre-workouts underdose this ingredient as you need closer to 8 g for an acute performance benefit. That is why I named the Crazy Nutrition Intensive Pre-Train as the best pre-workout for beginners, as it has the highest dose of Citrulline Malate I've seen in a pre-workout product with 7 g.

However, lower doses when taken regularly also serve a performance benefit, so a "stim-free" option taken daily can also be a great choice.

If these hydrogen ions are not buffered, they accumulate within the muscle making the environment very acidic. An acidic environment reduces the muscle’s ability to contract, and therefore its ability to produce force, leading to fatigue. Essentially, you'll be able to go harder for longer or rep out PRs in the gym.

Acutely, you're looking at doses of 30 mg per kilogram of body weight which, for a hypothetical 70 kg individual, would be 2.1 g. Most pre-workouts have adequate doses of Beta-Alanine to provide an acute benefit.

However, its real power is when taken every day with doses up to 6.4 g per day [9]. This will require pure Beta-Alanine, however, not a pre-workout supplement. Be aware that Beta-Alanine causes the "tingling" sensation after taking your pre-workout.

This is called “paresthesia” and is not harmful in any way. It can be a little uncomfortable if you’re not used to it.

More and more pre-workouts are including betaine anhydrous as a main active ingredient. It doesn't have as much research behind it as other ingredients. Still, it has some promising benefits, such as increasing the number of reps performed by 6.5% and reducing the rise in lactate and hydrogen ions [10].

The current research suggests doses of 2.5 g split into two equal amounts each day. However, it seems the minimum effective dose ranges between 1 g to 6 g per day, where most pre-workouts are dosed.

Ever had the jitters from taking too much caffeine? L-Theanine is the answer to that problem, and pre-workout formulations often include it [12].

It works synergistically with caffeine to create an effect that reduces stress, anxiety, reaction time, alertness and reduces tiredness [13,14].

This is why the caffeine L-Theanine combination has been labeled as a nootropic. Also known as brain drugs. They enhance the performance of your mind, not just your physical performance. Pre-workouts are starting to take advantage of this new area of supplementation to improve both mental and physical attributes.

Carrying on with the nootropic theme, L-Tyrosine is another common pre-workout ingredient. It protects against cognitive deficits under stress as a precursor to dopamine [15,16]. It can potentially even improve mood.

High doses are usually needed for these benefits (100-150 mg per kilogram of body weight), which is not feasible for a pre-workout supplement to dose when other ingredients are more important and proven to enhance physical performance.

Finally, there’s Ginseng. I added this as this is becoming more common within the pre-workout landscape. Ginseng is a traditional Chinese medicine that has interesting research backing it. It has improved attention, mental health, and dopamine with anything from 200-600 mg per day [17,18,19].

How Long Does Pre-Workout Last?

When talking about the length of performance benefits, we mainly talk about caffeine as it has the most significant ergogenic effect. Caffeine has a half-life of about 4 to 6 hours [20]. Most importantly, caffeine has its maximum effect at approximately one hour from ingestion [20].

L-Citrulline follows a similar timeline, with its maximum effect occurring at approximately 80-120 minutes after ingestion but may remain in the body for up to 8 hours [4]. This suggests that pre-workout can last about 6 hours, but it kicks in between 1-2 hours after ingestion. 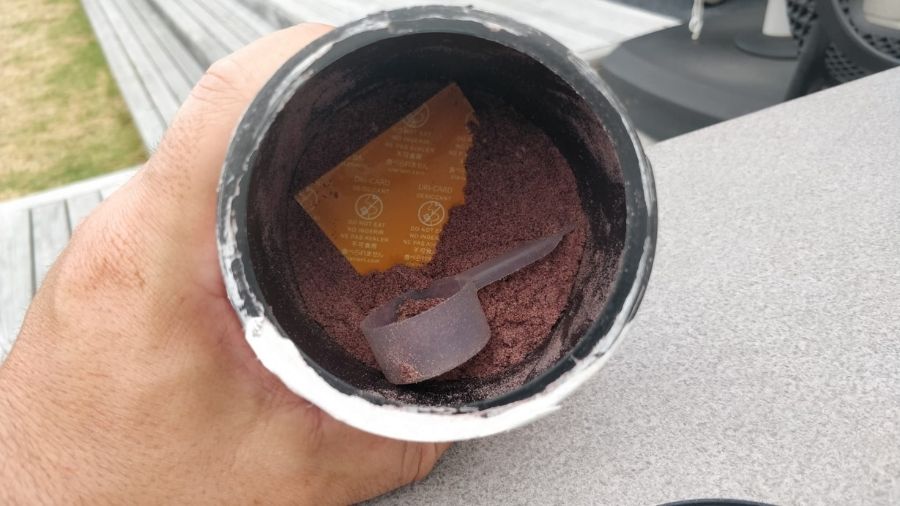 I've listed many of the benefits of pre-workout above under each ingredient's function. But it's worth summarizing into an easy-to-digest list for you below.

Caffeine is the main ingredient responsible for improving strength in the gym, and using pre-workout before heavy sessions can be a great way to push for big lifts. If you are at a competition, be careful when using pre-workout if you are already hyped.

Pre-workout can kick you off the top of the arousal curve, making you tired, giving you jelly legs, and forcing your heart out of your ribcage with how hard it beats.

Caffeine, Citrulline Malate, and Beta-Alanine are all responsible for improving endurance performance. Some endurance athletes may opt for a caffeine-free pre-workout because of potential energy dip when performing long races.

Nootropic ingredients like Caffeine, L-Theanine, L-Tyrosine, and Ginseng are responsible for improving cognitive function and focus.

How Do You Know If Pre-Workout Is Working?

Many individuals will site the “tingling” feeling induced from Beta-Alanine as a sign their pre-workout is working. All this tells you is that there is Beta-Alanine in the pre-workout. You'll know it’s working as you start to feel more alert, awake, and wanting to get things done.

How Late Is Too Late For Pre-Workout?

As the half-life of caffeine lasts approximately up to 6 hours, taking pre-workout within 6 hours of your typical bed time is too late. For example, if you go to bed at 10 pm, you wouldn't take pre-workout from 4 pm or later. However, to err on the safe side, I would push this back to 2 pm.

Pre-workout potentially lasts up to 6 hours based on the half-life of caffeine. This means you probably don't want to take pre-workout with stimulants at 7 pm to work out as you'll struggle to sleep.

5 Critical Reasons Why Pre-Workout Doesn’t Work For You

Should You Take Mass Gainer Before Or After A Workout?