How Many Sets And Reps Should You Do? (With Workout Example)

The bodybuilding magazines have been lying to you. The crazy body part split with 3-5 sets of 12-15 reps of 7 different exercises may work for the advanced and enhanced bodybuilder. But it isn’t optimal for you.

So, if you’re not sure how many sets and reps you should do to maximize muscle growth (hypertrophy) or strength, then you’ve landed in the right place.

Just a quick primer before we dive straight into the information. A repetition is simply performing one full cycle of a movement. For example, one rep of a pushup would be lowering your chest to the floor and then pushing yourself back up. Whereas a set is performing consecutive reps without rest. Once you rest, that is the end of the set.

How Many Sets And Reps To Build Muscle? 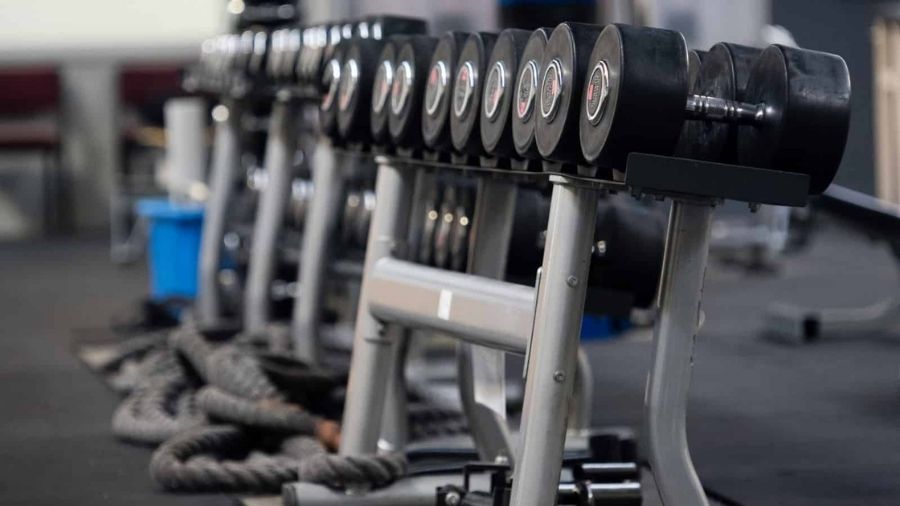 To maximize muscle growth, the number of sets should be progressively increased over a training cycle. This is known as progressive overload. A key exercise principle for making progress in any physical activity.

Progressive overload can simply be defined as doing more than you did previously. When it comes to the number of sets, this refers to the volume of training and is the easiest way to track volume when it comes to building muscle.

However, this only takes into account the number of sets for one training session and doesn’t take into account if you are performing two exercises targeting the same muscle groups. When we dive deeper into the research, we can see that performing a greater number of sets per week, per muscle group produces a greater muscle-building response compared to fewer sets (to a certain extent).

Looking at the within-session level, multiple sets (2-6) have shown to be superior to performing just one set [3]. When looking at a weekly basis, we see a 0.37% gain in hypertrophy for each additional set performed [4].

Interestingly, it seems if you are a time-crunched lifter, you can still make significant muscle mass gains by training with 4 sets or less per muscle group, per week.

So, it seems that 10+ sets per week is the volume dose associated with the greatest gains in muscle. But does this dose-response relationship go forever? Can you perform 100 sets per muscle group per week and see astronomical gains?

It has been suggested that there is an inverted U-shaped curve between volume and hypertrophy. Meaning too much volume will be detrimental to muscle growth [5]. The only evidence we have is a modified German Volume Training (GVT) study that showed 14 sets per muscle group per week showed no greater gains than 9 sets [6].

However, we must interpret this with caution. All of these sets were performed on one day in a split routine. We know that training split may play a role in muscle growth as total body routines have been shown to be better than body part split routines [7].

Further, long workouts (such as performing 14 sets of one muscle group including 17 extra sets of other muscle groups as per the GVT study) are associated with reduced intensity of effort and decreased motivation [8].

When we dive deeper into the total body vs. split routine study, both groups performed 15 sets per muscle group per week [7]. Could more than 15 sets lead to more gains? While we don’t have any direct evidence, the king of muscle hypertrophy Brad Schoenfeld categorizes 15-20 sets as high volume and 20-25 sets as functional overreaching [5].

It seems that training with sets of 25+ per muscle group per week would quickly lead to overtraining and burnout. Not to mention potential negative adaptations based on the inverted U shape theory.

Starting with 7-10 sets per muscle group per week and gradually increasing to 20-25 sets before deloading and repeating the cycle. 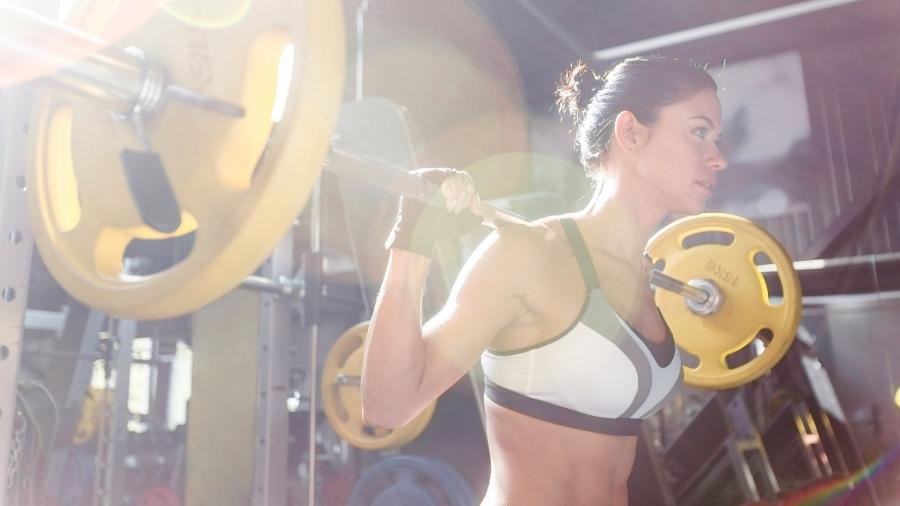 Now that we have dialed in the number of sets to perform a week, how many reps should you do to gain the most amount of muscle? The traditional thought has been 1-5 reps for strength, 8-12 reps for hypertrophy, and 15+ reps for muscle endurance.

However, recent research has suggested that if you equate volume load (sets x reps x weight), you see similar increases in muscle growth regardless of using high or low reps [9]. Specifically, this study sought to compare 7 x 3 at 3RM and 3 x 10 at 10RM so each set was done to muscle failure and the total volume load was equal between groups.

While both groups saw similar increases in biceps size, the 7 x 3 group started to show signs of overtraining and joint pain indicating that low rep, high load protocols may not be sustainable long term.

Further, would the same results be found in other muscle groups? When not equating volume load and comparing 3 x 3 at 3RM and 3 x 10 at 10RM, the 3 x 10 group saw greater quadriceps growth [10]. This was likely because of the greater volume of work in the 3 x 10 group.

This is supported by another study where the high rep group (3 x 20-25) and low rep group (3 x 8-12) both lifted to failure [11]. Similar increases in muscle growth were found between groups so it seems that the extra volume of lifting lighter loads to failure is enough to stimulate similar adaptations.

The overwhelming evidence suggests hypertrophy can be stimulated from a wide range of loads from 30% 1RM and above indicating that there is no optimal zone for muscle growth [12]. However, performing very high reps can cause a lot of discomfort from the build-up of metabolic by-products (aka the burn) which in turn, can reduce adherence to the program and lead to muscular fatigue quickly.

Whereas heavy loads need higher training volumes regarding the number of sets performed to maximize the hypertrophy response which can cause joint problems and burnout. Moderate rep ranges seem to be the most efficient for muscle growth.

6-12 reps per set is the current recommendation for this moderate rep range for hypertrophy [8].

However, using rep ranges across the spectrum (1-5, 6-12, 15+) has been suggested to provide an even greater muscle growth stimulus [12].

Here is an example of how this could look within a training program:

How Many Sets And Reps To Get Stronger?

So, what about those of you who aren’t looking to maximize muscle growth? But instead, want to become strong as an ox?

The rules differ slightly when it comes to strength compared to hypertrophy and for this reason, we must start by breaking down the preferred rep range for building maximum strength. It seems that the number of sets to perform a week may be dictated by the number of reps per set. 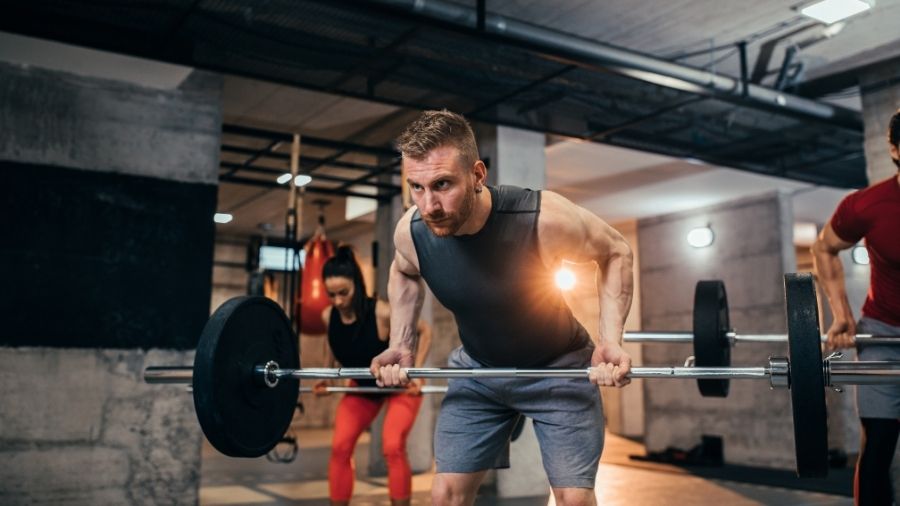 In untrained individuals, both high load (3 x 10 at 75% 1RM) and low load (4 x failure at 30% 1RM) resulted in strength gains in the bench press [13]. However, the higher load group improved their strength more than the low load group.

Contrastingly, a study using resistance-trained individuals found similar increases strength in both the high rep group (3 x 20-25 at 30-50% 1RM) and low rep group (3 x 8-12 at 75-90% 1RM) that both lifted to failure [11]. Only the bench press favored the low rep group while the leg press, shoulder press, and leg extension showed no difference between groups.

It’s difficult to speculate why these studies show contrasting results. Perhaps the length of the last study mentioned and frequency of training (12 weeks, 4 times a week compared to 8 weeks, 3 times a week) allowed the high rep group to gain from the extra volume.

When we are talking about strength, reps are only one part of the equation. Load is probably the most important variable when it comes to strength gains. And reps are dictated based on load.

For example, 7 x 3 at 3RM has shown greater improvements in bench press 1RM compared to 3 x 10 at 10RM with 1RM back squat showing a similar trend [9]. Finally, we see that performing 2-4 reps per set is superior at increasing 1RM squat and bench press compared to performing sets of 8-12 reps [10].

So, while rep ranges don't seem to support hypertrophy, they do for maximum strength development.

This means reps of 1-5 and the corresponding heavy loads are needed to maximize strength development.

While heavy strength training provides unique muscular and neural adaptations, it may also be about practicing the skill of strength. That is getting better and more confident at lifting heavy weights. 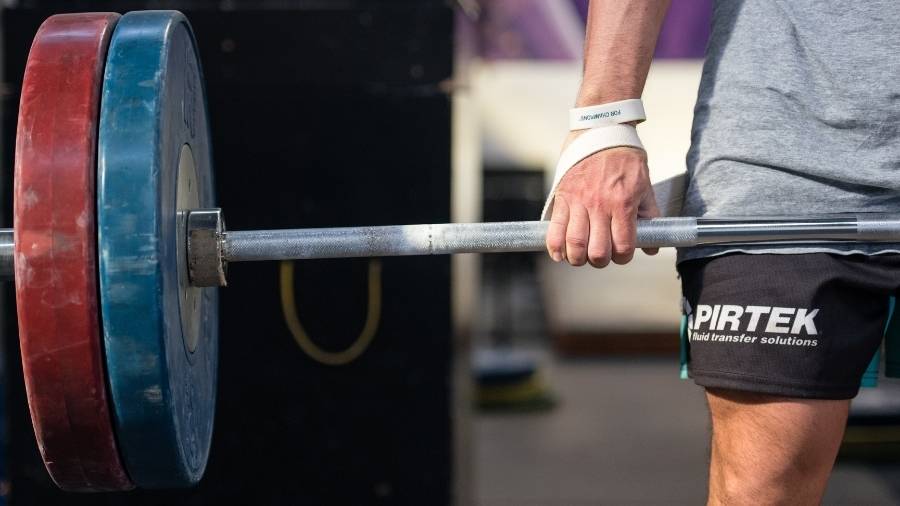 Remember when I mentioned that the rules slightly differ with strength? When comparing 2, 8, and 16 sets per muscle group per week, we see that the 16-set group saw greater gains in 1RM back squat compared to the 2-set group [15]. However, there was no difference found between the 8 and 16-set groups indicating there may be a ceiling to the number of sets to perform a week for strength development.

Interestingly, a recent meta-analysis (compiling all of the studies that fit a certain criterion into one big study) found set volumes of >6 per week were best for strength development compared to 5 or less [16]. However, the differences between less than 5, 6-9, and 10+ sets were very, very small.

It seems there may be a ceiling somewhere between 10-16 sets per muscle group, per week when maximizing strength development.

It’s difficult to speculate why these differences exist. There are so many variables that could influence these results such as the subject's training history, how much volume they were performing before the study, or if they had been exposed to the frequency of training previously.

Further, these set recommendations are for rep ranges between 7-12 reps. For rep ranges in the "strength range," potentially 6+ sets are needed as per the meta-analysis to reach a similar volume.

So, 6 sets per muscle group per week up to approximately 16 seems to be the sweet spot for strength development.

However, you can potentially still make solid strength gains by performing less than 5 sets per week, per muscle group.