Strength vs. Power: The 5 Major Differences

Do you want to be like a Strongman who can perform unreal feats of strength? Or like an NFL running back capable of leaping one-handed catches after outpacing the defense in a sprint?

These aren’t the only differences between strength and power. I'm going to give you a quick rundown on these differences before diving deep into each quality.

Strength Does Not Care About Velocity

It doesn’t matter how fast you lift the barbell or implement, as long as you complete the movement, you are strong enough. You could grind the lift for 10 seconds and complete the lift. Speed or time does not matter. Power on the other hand is maximized at high velocities.

Strength Training May Make You Slower

Some adaptations take place with strength training that inhibit speed especially when not performing any speed or power type training. Does this mean you for-go it all together? No. But if you are only lifting heavy weights or bodybuilding and not performing athletic tasks like jumps, throws, and sprints, your speed will suffer.

This means for pure athleticism; you need to find the right balance between the two to maximize athletic development. For those in pure strength sports or only care about how much you can lift, then you don’t need to worry about these opposing adaptations as you don’t need to perform high-velocity exercises.

Depending on your individual force-velocity profile (more on this later), you may need to prioritize either force or velocity exercises. If you are already strong, getting stronger isn’t very likely to make you more powerful.

If you don’t have a strength training background and only jump, throw, and sprint, then strength training exercises will likely help you become more powerful. A simple force-velocity test that you can do with a cheap app called My Jump 2 will provide you with all this information.

Power Is Finding The Sweet Spot Between Force And Velocity

Because power is the product of force and velocity, you need to find the right balance between training the two qualities. Too much of either means you will neglect the other potentially reducing the development of power.

While this is a brief overview of the key differences between strength and power, this deep dive into each quality will highlight these even further so you can get the most out of your training. 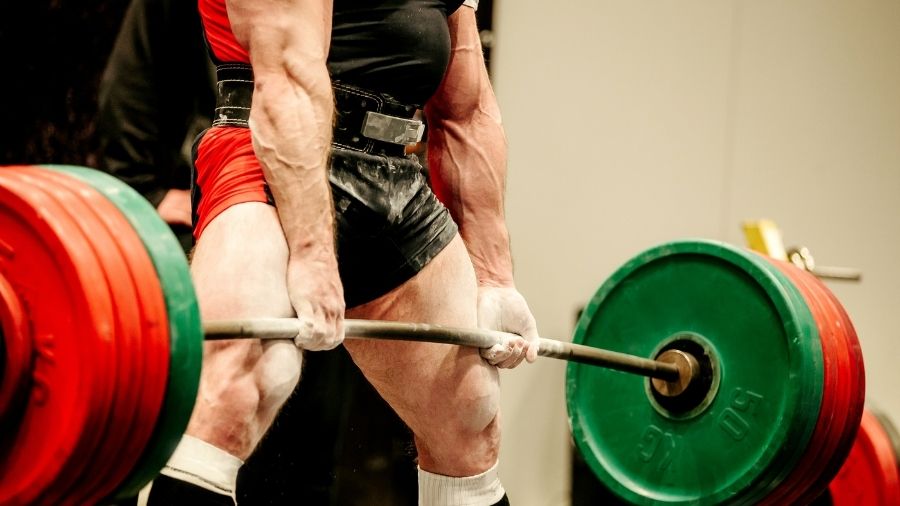 Strength is simply the ability to exert force. It is often measured by one rep maxes (1RM) during large compound lifts such as the squat, bench press, or deadlift. However, a 1RM does not tell us the full story.

Because these exercises are coordinated movements with heavy loads, we don’t get to exert true peak force during these movements. Exercises like the isometric mid-thigh pull is a true strength test when looking at the ability to produce force (i.e. strength).

How Do We Get Stronger?

Increasing force production can be done by either increasing the loads we are lifting or by accelerating lighter loads. This is because the equation for force is:

Meaning adding weight to the bar (mass), we are enhancing force production. By using moderate loads and moving them quickly (ala Westside dynamic days), we also enhance force production by increasing the acceleration of the bar.

So how heavy do we need to lift to get stronger?

How Heavy Do You Need To Lift To Get Stronger?

Intensity is not how hard you work out. Or how much pre-workout you take. Intensity is simply the percentage of your 1RM. For example, working at 80% of my 1RM is an intensity prescription and will dictate how heavy you lift. Generally, maximum strength is developed anywhere from 80 – 100% 1RM.

This trend still exists even with discrepancies in volume. 2-4 reps per set at 3RM were found to be superior for increasing 1RM squat and bench press compared to 8-12 reps at 10RM per set even though the 8-12 reps group performed twice the amount of total volume load [2].

But that doesn’t mean you can’t get stronger with lighter loads. Loads as low as 30% 1RM have been shown to improve 1RM strength just not to the same extent as heavier loads [4]. However, as you get closer to your genetic ceiling you may need to train closer to your 1RM but lower loads can be used by lesser trained individuals.

How Much Volume Do You Need To Do To Get Stronger?

As mentioned, it seems that intensity is the driving factor behind strength development and volume isn’t such an important driver. Based on the research we have, approximately 6 sets per muscle group per week up to approximately 16 sets seems to be the optimal range for developing strength.

The heavier you are lifting, the fewer sets you'll need to perform. See my article "How Many Sets & Reps Should You Do” for a more in-depth breakdown.

As our body is put under the stress of lifting these heavy loads, this stimulus creates a cascade of adaptations.

How Does Strength Training Make Us Stronger?

Here are some of the main adaptations to maximal strength training:

There are many more adaptations that occur but these are some of the important ones. Increases in tendon stiffness allow more force to be transferred from the muscle to the bone especially after an eccentric (lowering) contraction as this allows the build-up of elastic energy.

But did you know that power is a much different quality? 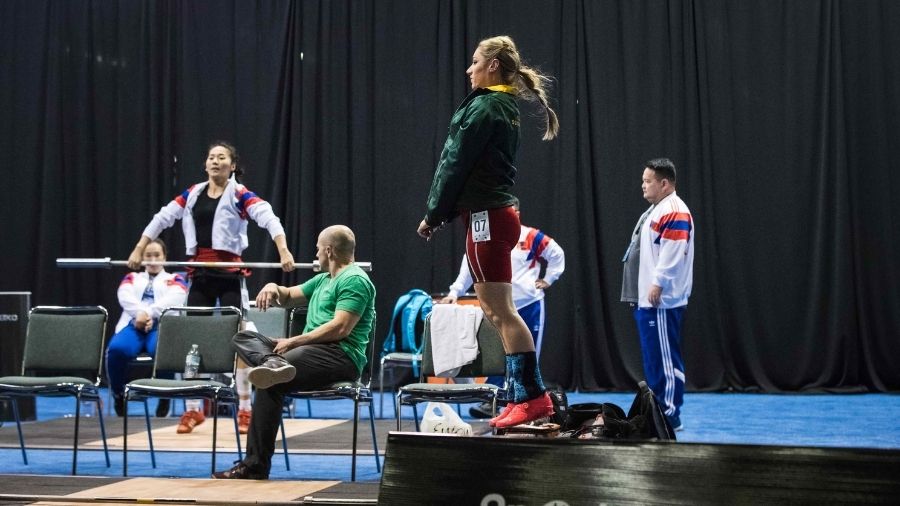 Power is the ability to produce force at high speeds. Unlike strength, which has no speed or time constraint, power is the product of force and velocity. The equation looks like this:

That means to maximize power output, you must either produce more force, move faster, or both. The inherent issue is that there is an inverse relationship between force and velocity.

That is, the faster the contraction of the muscle, the less force it can produce.

However, it is well known that you should train at loads on either side of optimal power load to maximize power over a range of different loads. So, what are these loads?

How Heavy Should You Lift For Power?

Generally, 20-40% of back squat 1RM are the loads that maximize peak power in the jump squat [5] with higher loads of 47-63% 1RM maximizing power in larger well-trained power athletes [6]. For the upper body, <30% bench press 1RM for the bench throw maximizes power output [7].

Again, this isn't a hard and fast rule. If your sport or hobby is to move or stop heavy things quickly (like large implements or humans), then it’s important to perform power exercises at heavier loads. For those who don’t need to do this but need to move fast, then lighter loads may be used.

However, training at certain loads may be better for developing power output based on your individual athletic make-up.

You can either be deficient in force, velocity or have a well-balanced force-velocity profile. What does this tell you? Exactly which side of the power equation you should train to maximize power output.

Without this test, you could already display force values above the optimal profile so getting stronger is only going to spin your wheels in the quest to become more powerful. And prioritizing the quality you are deficient in has been shown to increase power output to a greater extent compared to those who don’t [9].

So, for those that are velocity deficient, exercises like jumps and plyometrics should be prioritized. For those that are force deficient, then squats and leg presses should be prioritized. The example below shows how working on the deficiency balanced the force-velocity profile and improved power output. The left picture is the before profile and the right picture is the after.

Pmax represents maximal power. You can see as the imbalance percentage was reduced, and velocity was increased from training, power output increased as a result. 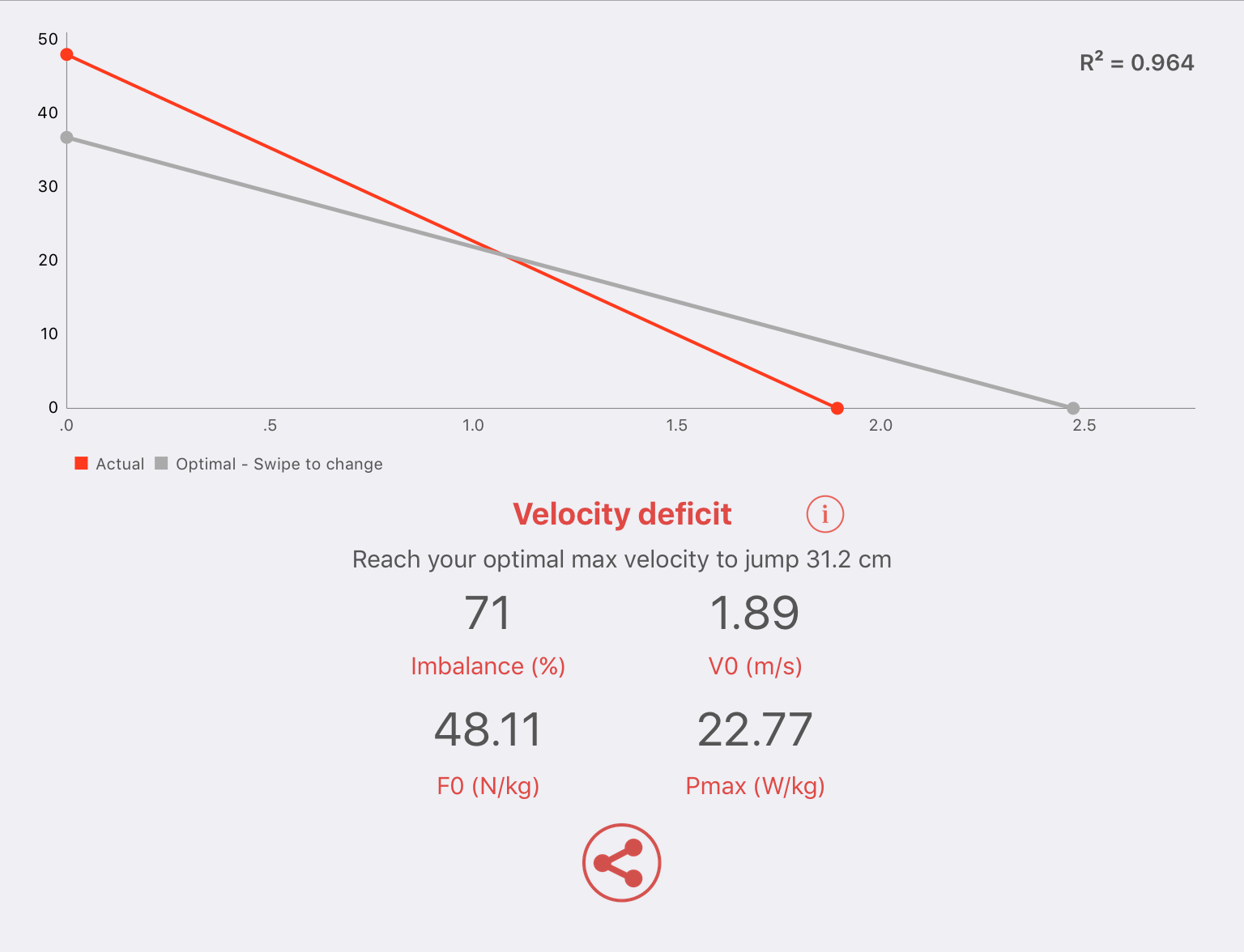 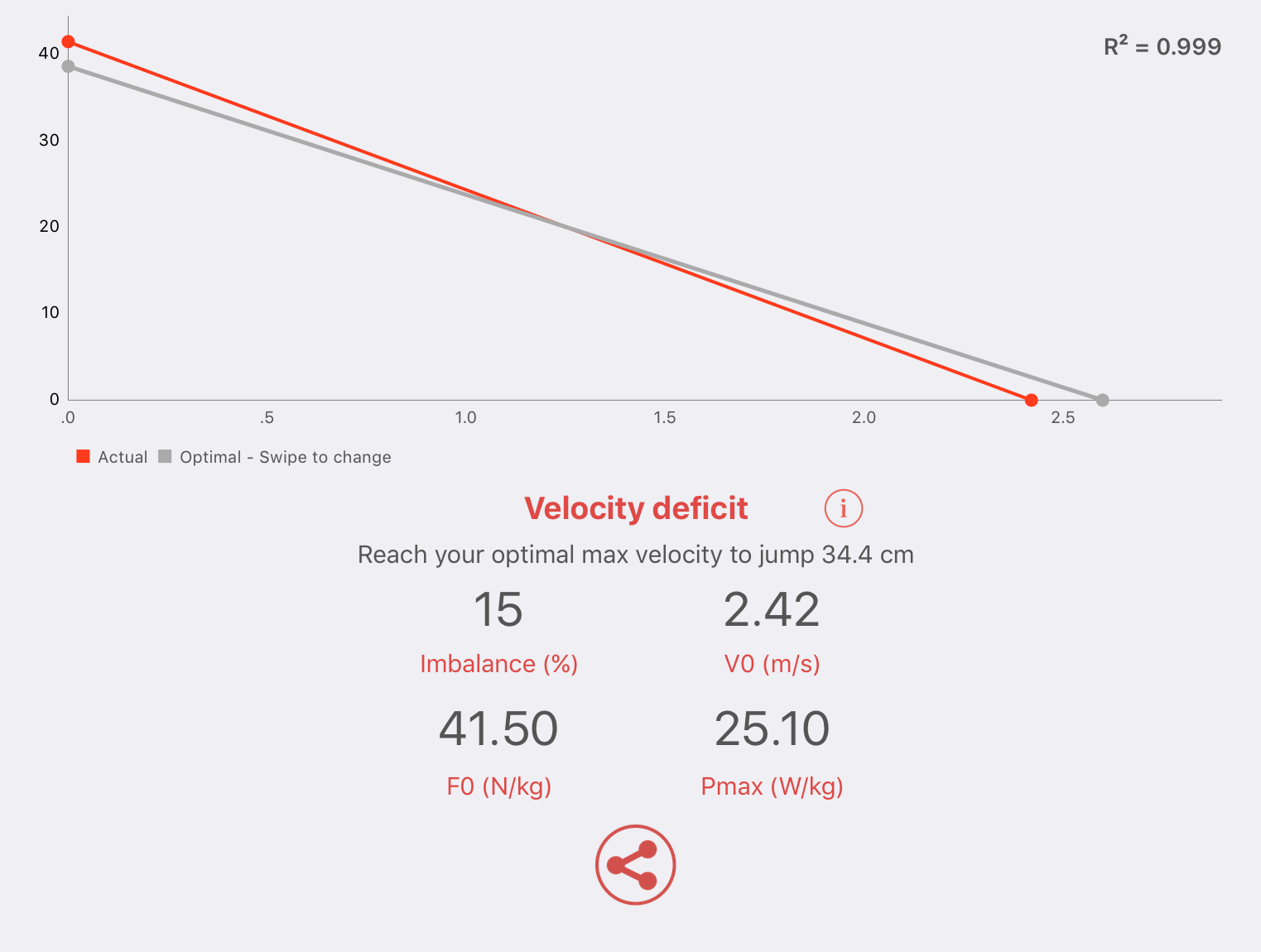 What Exercises Should You Use To Develop Power?

To circumvent this, lifters will use bands or chains to allow them to accelerate throughout the full range of motion. But there is still deceleration to stop the bar. So ballistic type exercises are best for power-based exercises. These would be any form of jump or medicine ball throw.

Should You Train For Strength Or Power?

This is going to depend on your training goals, the sport you compete in, and your individual physical characteristics. For pure strength sports, there is little need for power-based training as speed and time are not an issue.

For those only interested in physique developments, power training is also not needed as there is no muscle growth benefit. But for those wanting to develop greater athleticism, jump higher, or sprint faster, then power-based training is vitally important.

Exercises that are fast elicit the opposite adaptations to traditional strength training. That is:

Essentially, we are preserving our fastest muscle fiber types, training the ability to send signals from the brain to the muscles to fire more quickly and more frequently enhancing the ability to produce force in short time frames, reducing co-contractions of the muscles around the joints which enhances speed and increase coordination at these lighter loads.

That is why it's important that your training has fast movements if your goal is athleticism, not just strength or aesthetics. Importantly, some maximal strength training should be in your program even if your goal is to maximize power as your capacity to produce force without time constraint is still an important factor.

2. Schoenfeld, B. J., Contreras, B., Vigotsky, A. D., & Peterson, M. (2016). Differential effects of heavy versus moderate loads on measures of strength and hypertrophy in resistance-trained men. Journal of sports science & medicine, 15(4), 715.

9. Jiménez-Reyes, P., Samozino, P., Brughelli, M., & Morin, J. B. (2017). Effectiveness of an individualized training based on force-velocity profiling during jumping. Frontiers in physiology, 7, 677.