So, you’ve got your parents, significant other, and gym-bros telling you you are eating too much protein. They start to pull up websites like Men’s Health (yuck) to “prove” you can only absorb 20-30 g of protein per meal.

The myth of only being able to absorb 20-30 g of protein in one meal is just that, a myth. Research shows ingesting 40 g of protein after training can increase muscle protein synthesis greater than 20 g and those who intermittent fast maintain muscle mass when eating 54 g of protein per meal.

If we can absorb more than 20-30 g of protein per meal, where did this myth originate and how do we know how much we should eat to maximize adaptations to lifting weights?

The Effect Of Protein Absorption From One Meal

This protein myth came about from a single study where healthy subjects drank either 0g, 5g, 10g, 20 g, or 40 g of protein after resistance training [1].

Cue every mainstream fitness magazine telling you to only eat 20 g of protein at once.

However, we can't just take these results at face value. Many factors contribute to protein utilization within the body. These include [2]: 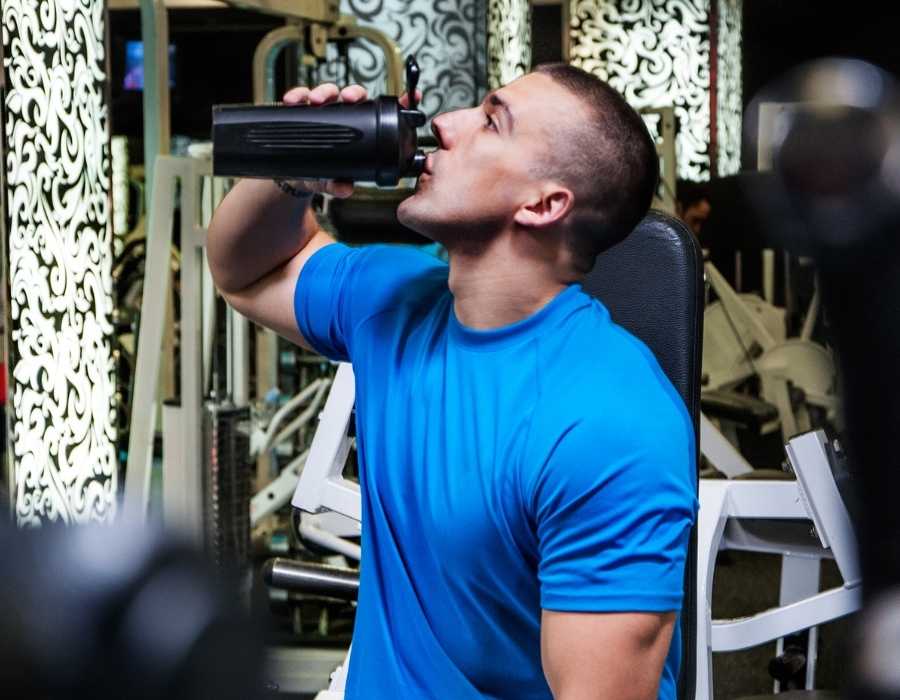 All of these will influence the rate of digestion of protein. It’s important to understand that protein that is digested very quickly (e.g. whey protein) can lower the total protein used as some amino acids are oxidized (i.e. not used to spike protein synthesis) when taken in large quantities.

As the absorption rate of fast-acting protein is capped at around 10 g per hour, taking in a lot more protein at once would lower the balance between absorbable protein and protein that is oxidized [2].

However, if the rate of absorption is slowed down by changing the composition of the meal, then we may potentially slow down this oxidation of amino acids leaving us with more protein to use [2].

Secondly, the resistance training routine in this study was 4 sets of leg press, leg extension, and leg curl for 8-10 reps to failure.

As Lift Big Eat Big followers, you will know that’s not a huge stimulus. If it was 4 sets of squats, it may be a different story.

Lastly, these six subjects weighed 86 kg (190 lbs) and had a height of 182 cm (5’11”). These were not very muscular individuals and resistance training experience doesn’t tell us much about their background. Unfortunately, strength measures were not recorded in this study.

A second study decided to follow up on these findings which took subjects of similar stature who performed 4 x 10 reps of the leg extension at 80% 1RM [3].

They found muscle protein synthesis was greatest in the 20 g group with no additional benefits in the 40 g group.

Again, there are severe limitations to this study similar to that of the last study including the resistance training routine (even less work than the previous study) and the subjects used.

Most glaringly are these subjects consumed ONLY 80 g of protein for 12 hours after training. No carbs. No fats.

So what happens when you take similar subjects used in these two studies as well as heavily muscled individuals, put them through a full-body routine with each exercise ending in a set to failure, then give them either 20 g or 40 g of whey protein [5]?

It seems that the resistance training protocol has a seemingly large impact on protein absorption at least at the acute level.

The most important factor when it comes to protein consumption, is to get sufficient protein daily. To maximize protein absorption post-workout, opt for a meal that contains protein, carbs and fat. If you have a protein shake post-workout, stick to one scoop and consume a meal 1-1.5 hours later.

While understanding the short-term responses to protein ingestion, acute anabolic responses generally don't influence long-term muscular gains. Instead, it's the long game when it comes to building muscle. 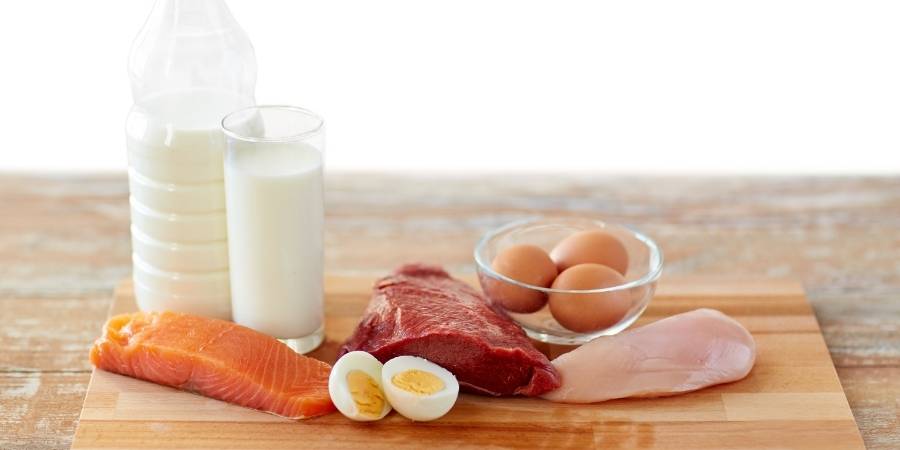 In the elderly, providing approximately 80% of their daily protein intake in one meal for 14 days retained greater fat-free mass compared to spreading it out over four meals indicating muscle mass is not negatively affected when consuming the majority of protein in one meal [6].

However, resistance training was not used in this study.

Yes, I can hear you now. “James, how do the elderly eating a large protein meal relate to a lifter like me?”

While it may not directly relate to you, it highlights the premise that only being able to absorb 20 g of protein in one sitting is likely false. If this was the case, we would see large losses in fat-free mass in these elderly subjects.

Macronutrients were split evenly between the three and caloric intake was matched in both intermittent fasting and standard meal conditions.

There was no difference between conditions for retaining muscle mass even though the intermittent fasting condition had subjects consume approximately 101 g of protein within 4 hours.

When we look at resistance-trained males who for 8 weeks ate in an 8-hour window with a 16 hour fast every day, they reduced fat mass while maintaining fat-free mass while the non-restricted group maintained both fat and fat-free mass [8].

Protein intakes can go even higher than this and have consistently shown benefits when looking to retain muscle mass. Recommendations of 2.3-3.1g/kg (1.05-1.4g/lb) of body weight are the norm when looking to preserve muscle while dieting with individuals on the leaner side sitting higher up in the range compared to those with greater fat mass [9].

In fact, eating up to 4.4g/kg (2g/lb) of body weight has no bearing on body composition even when consuming 800 more calories per day [10].

Overall, the weight of evidence suggests that 20 g of protein in one sitting is not the upper limit for signaling muscle protein synthesis and therefore, muscle growth. If this is the case, how much should we be eating each meal to maximize the building of muscle?

How Much Protein Per Meal Maximizes Muscle Growth? 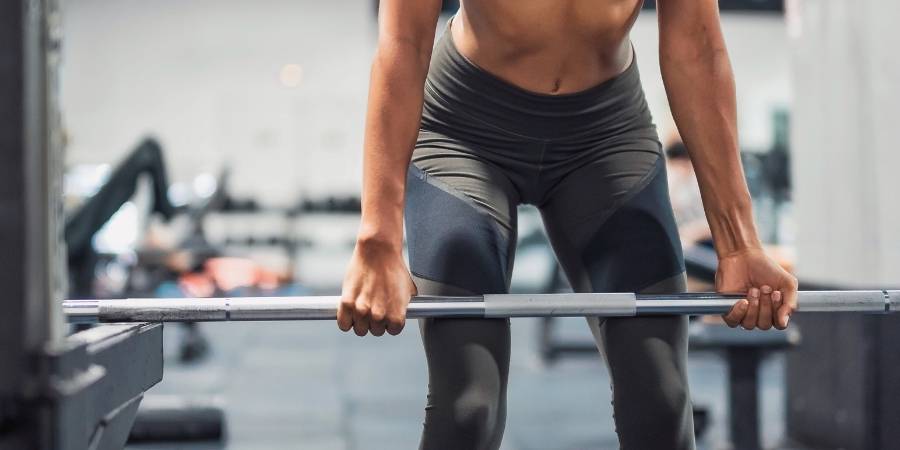 These numbers are assuming you are eating at maintenance calories. If you are dieting to lose body fat, then higher intakes of 2.3-3.1g/kg (1.05-1.4g/lb) of body weight are recommended to retain muscle mass [9].

If you are eating to gain muscle mass, then you may be able to err on the lower side of the protein intake range.

It turns out that when in a caloric surplus, energy supplied from carbohydrates and fats is protein sparing [13].

This means you can eat less protein and still maximize increases in lean body mass. That's great news for those struggling to get down pounds of meat each day. And these protein recommendations fit both males and females.

When having your post-workout shake, mixing your protein with a carbohydrate source may be better than just protein as some research has suggested the combination enhances protein synthesis to a greater extent than just protein [12].

The myth of only being able to absorb 20-30 g of protein in one sitting has been busted. It’s just not true. So next time a bro starts lecturing you on protein intake, show them this article.

2. Schoenfeld, B. J., & Aragon, A. A. (2018). How much protein can the body use in a single meal for muscle-building? Implications for daily protein distribution. Journal of the International Society of Sports Nutrition, 15(1), 1-6.

How Much Protein Should You Eat To Grow Your Glutes?

Is Fasted Cardio A Myth?

Nutrition Mythbusting: Are Cleanses A Scam?